my name is Guido Sbrogiò i live in Bologna (Italy) where i work in a refugee/asylum seeker's reception center managed by a consortium of social cooperatives of the city district.
I forward the follow email to associations and interested organizations to propose to participate to a project of solidarity and of raising consciousness aimed at cover the refugee's Balkanic route by bicycle visiting both some associations/organizations that work on the various national territories for the reception of the refugees/asylum seekers, and of some refugee camps located along the route.
The bike path represents a purpose of meeting and a connection theme that starting from Italy retrace the main route across which most of the migratory movements enter in Europe (UE), crossing the same frontier met by the migrants along their way and meeting the main reception camps that rise along their path.
The main Balkanic rout starts from Greece and goes back toward Macedonia, Serbia/Kosovo, Hungary, Austria and finish in Germany.

The planned path of the project goes back toward the Brennero pass (place of political and relational clashes between Austria and Italy for the migrant movements that pass along the Italian peninsula toward north Europe and is the symbolic point of separation between Mediterranean area and central Europe) entering later in Austria crossing Salzburg and until Vienna. Continuing then along the danubian route and arriving at Budapest and successively going forward along the way that crosses Hungary and the fenced frontiers between Hungary/Serbia, Serbia/Macedonia and Macedonia/Greece, ending eventually the journey in Greece until Thessaloniki or Athen, main transit and reception centers of the migrants once arrived in Greece.

The proposal for the trip is for this winter. Considering the various availabilities of time of who is going to take part to the project, a reference could be with the beginning of the trip from north of Italy at the beginning of December foreseeing a couple of month of journey, and ending towards the end of January.
The choose for the winter period although limiting for the weather conditions, it has an important reason, since is just during the winter that there is the moment of major difficulty for the movement of the people along the migration route due to the cold and due to the reduced possibilities of relocation. But is more perceived the message of solidarity and can create a bridge of stronger human affinity compared with a similar initiative in other periods of the year. It is required a little bit of experience in bike trip and free outdoor camping, trying to adapt oneself to the various circumstances that could happen, not only organizational and logistical one but also with situations that have deep cultural and relational implications, which could be not easy to face (for instance crossing of the frontiers, communications and explanation of the purposes of the project, contacts with the locals, establish relations with the migrants once arrived in the reception centers, etc). Adapting to the different situations, be ready to the initiative and be fitted for support the group are characteristics that should be perceived as personal and natural aptitudes, obviously trying to put oneself to the test but remembering that the unity of the group in a project like this is essential. Definitely is a venture a little bit risky and not ordinary in its purposes, of not easy organization and of not sure accomplishment, it is necessary thus that for everyone who participate to try to be the most prone possible toward the other and toward the idea to go further always together in the bike journey. It will be very important for the spirit of the initiative succeed to be hosted along the path by the organizations and the reception camps that will be encountered and by the associations that would like to be involved officially to the initiative, attempting to bring in change contents of dialogues and exchange of informations and ideas, and of course transmit the feelings of important human warmth and bonds of solidarity.

This first email is addressed to associations/associative bike workshop/voluntary organizations that are located along the possible path of the trip and have been found via internet after doing several researches and that could be interested either to host the bike tour in its passage along its itinerary or to become involved in the tour joining representatively the group (in a official or unofficial manner, this has to be arranged) once that this one transit in the place where the organization is settled. The receivers of this email can certainly contribute to this network if they know other organizations/associations and can forward the email including the email address of the bike tour.
It would be interesting do an email list of the organizations/associations interested to the event and coordinate together the itinerary and the local contacts, but i consider that this would become complicated in the managing and that could take too much time and create organizational difficulties. Easier if the task is being managed autonomously by the different organizations/associations interested that choose to participate and that are being represented by one or more of their members interested or elected. This kind of delegate will be then added in the list of the organizational email shared with the other members of the tour. In this way would be more agile manage the organization. But everybody can join the project by his/her own, even if not representing any organization/association.

If the initiative will find acknowledgement and positive feedback in the coming weeks, it will be activated the creation of a simple blog open and manageable by who would like to join with the purpose to give a more official public presentation of the project and to include all the informations and the details of the tour, and of course that will be used to collect all the news, the reports and the photos of the journey (that is a blog that will be used both as a simple coordination platform for the participants to the project and as an outlet for the publication of news and reports of the trip).
This initiative is totally autonomous and apolitical, it is not promoted by some official entity or a particular association, it has been conceived and imagined to gather together in a solidarity project people, associations and voluntary organizations that live the reality of the immigrations in Europe, both from the side of who host and help the migrants and from the side of the migrants themselves that are in route in the same itinerary crossing the different people and cultures between the western Europe and the middle east. The bike so become a bridge and a strong connection, inciting solidarity and friendship, something that bring hope and vicinity sharing the difficulties and the struggles.

Who is willing to participate or collaborate more actively, reply directly, either by his/her own decision or as delegate of associations/organizations, the way to collaborate together for create this bike tour should be immediate and not very formal, working in the organization as a group of friends and activists. It would be interesting if there were space for proposals, trying to build together the various details of the project and in a way that who feel involved and excited for this initiative could take part directly to the organization.
This is the informational email of the project:

I give also my personal contacts for get in touch quickly:

This text has been sent by email in Bcc (Blind carbon copy) to several associations/organizations listed below, and to some other people that are particularly involved and active in the migrant issues. The list is ordered by the country. 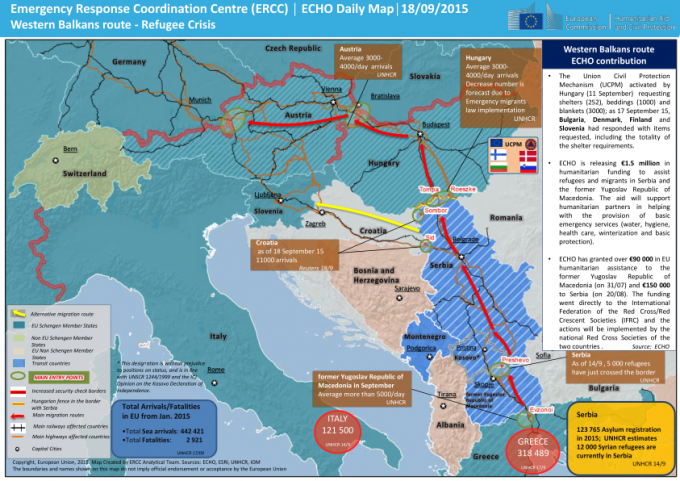