My son, Jay Austin from the United States, began cycling the world in 2017.  At 389 days out, on July 29th, 2018, while in Tajikistan, a country in Central Asia, he and three other cyclists were intentionally targeted and brutually murdered by terrorists.  Jay lost his life simply because he was American.

I'm a warmshowers' host now, since Jay's passing, learning that Jay was a warmshowers' member while on this journey.  He wrote in his blog, Simply Cycling, Traveling The World By Bicycle, of his heartfelt gratitude for warmshowers' hosts.  I became a host to repay the enormous hospitality and kindness given to Jay by total strangers.

When I hosted my last guest, I asked if he wouldn't mind carrying Jay's photo with him and he graciously accepted.  It was at that very moment that I felt, albeit in an odd way, as if Jay will now still be cycling.

If anyone reading this post would like to carry Jay's photo, which isn't a picture on photo paper but rather similar to that of a business card but smaller, please reach out to me and I will happily send you one wherever you are on this planet.  I will be forever grateful!  My goal is to have this go viral!  It would mean more to me than I can ever put into words. I don't want Jay to have lost his life in vain. I want everyone to know of Jay and to remember him!

Below is a photo of Jay in Takijistan in July of 2018, one of Jay and me, and the photo card of Jay I will gladly send you.

Please help this heartbroken Mom wanting to keep my son's spirit alive. Thank you for reading!

I created a foundation in Jay's honor .. The Jay Austin Simply Be Kind Foundation, a 501(c)3 nonprofit. 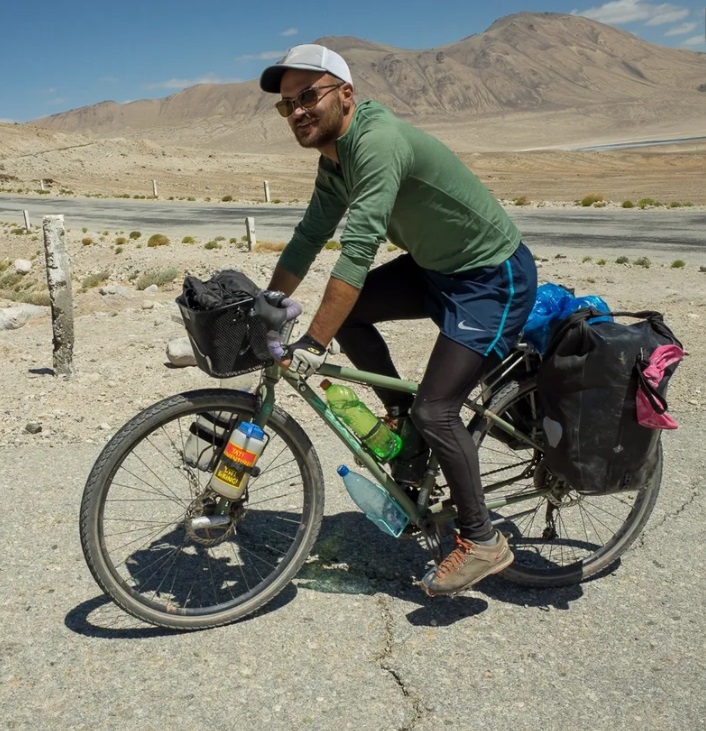 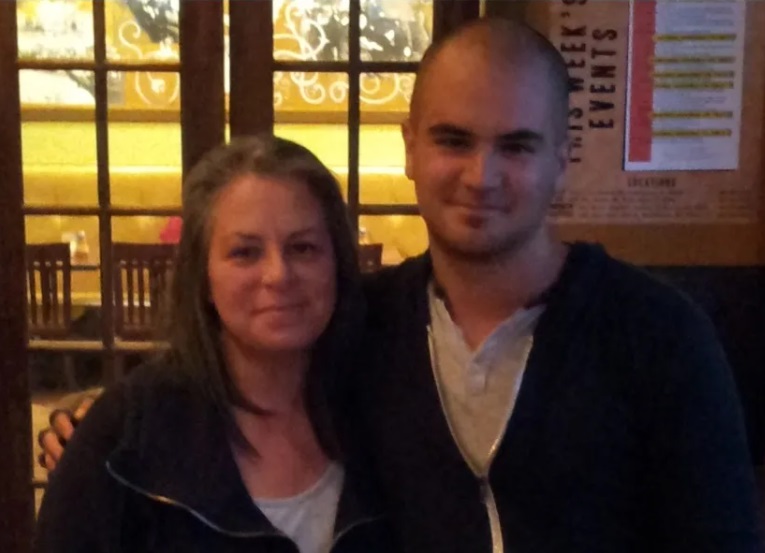 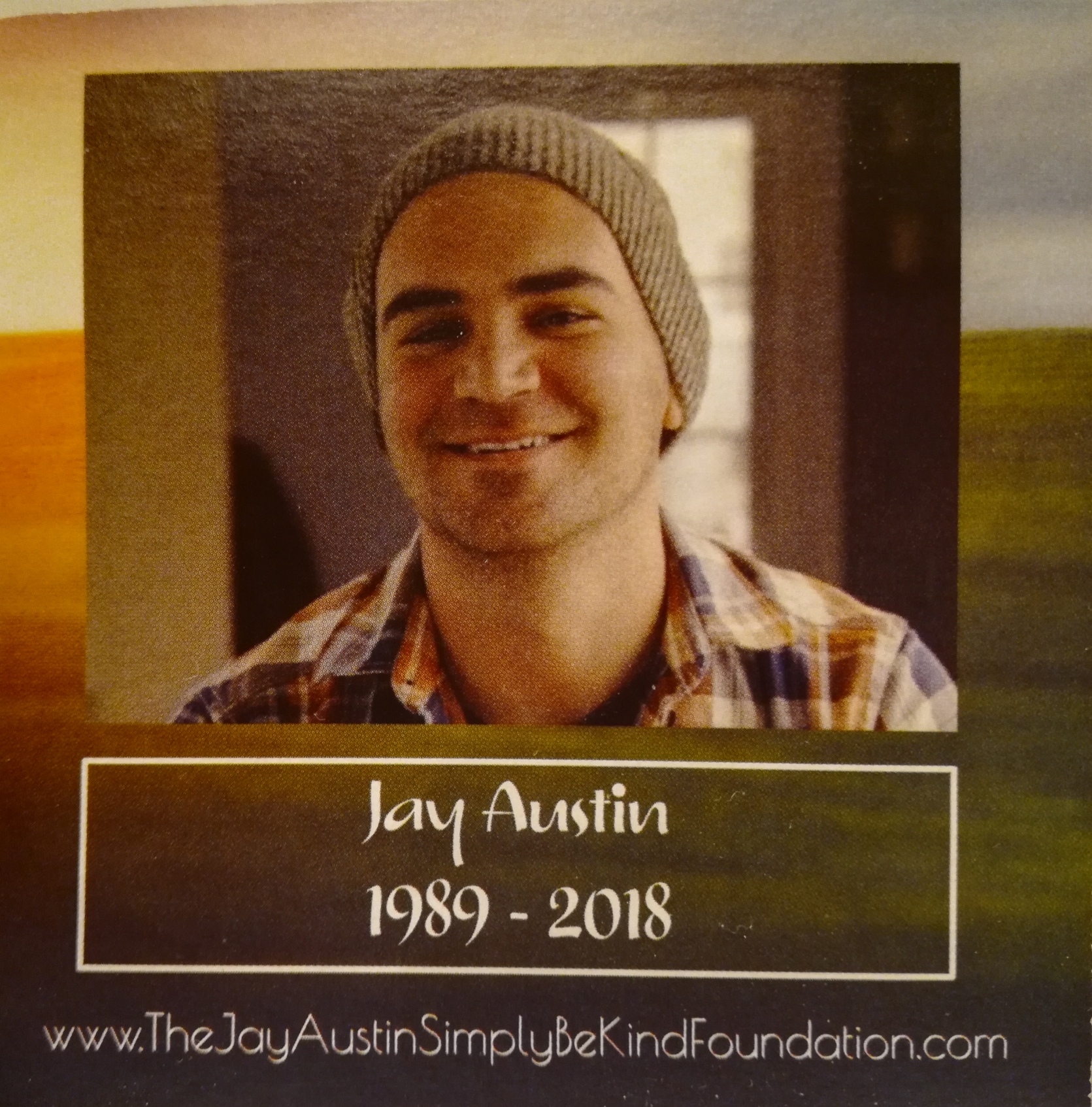 I'm so sorry to read your story of tragedy. My son is 31 now, and I can only imagine the grief of losing him. My mother's heart, while hurting for your loss, is touched by the hope you are giving in his name through Warm Showers hosting, the foundation you've begun and the idea of having him accompany bicyclists on their adventures. My husband and I are Warm Showers hosts in Wisconsin. We started hosting as a way to give back to the kind river angels who hosted and helped us during a kayak paddle we made from the Mississippi Headwaters to the Gulf of Mexico in 2013. We don't live along a big river, but we're only a block from the Glacial Drumlin Trail in Waukesha, so this is the best way we can help. We're currently planning a bicycle tour this spring and summer from Key West to Calais, Maine on the East Coast Greenway. We hope to raise money and awareness for Warm Showers, the East Coast Greenway and the Rails to Trails Conservancy. I'd be honored to carry your son's card with us on our trip. You can email me at [email protected] to work out the details.

Looking forward to hearing from you,